Home-made furniture for home and gardenNot so long ago, home-made furniture was in almost every home. With the disappearance of the deficit, interest in the products of craftsmen-furniture makers fell significantly, but in recent years… 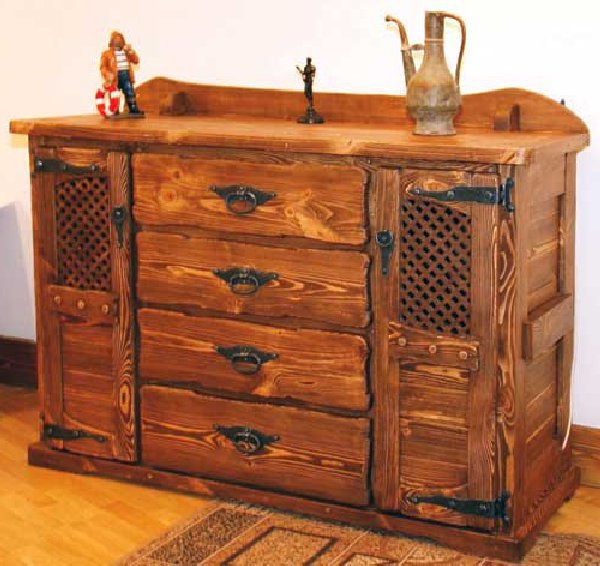 Massive bar counters: solid and unusual.The bar counter is a necessary part of the ensemble of a tastefully designed interior. Such a piece of furniture is useful not only in cafes and restaurants. It looks… 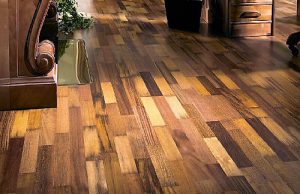 Flooring made from materials created by nature have been very popular and very popular for many years. The noble appearance, the relative ease of installation, the affordable price and the significant service life (with the proper daily care are quite significant) made the parquet board a favorite among all the most popular flooring today.
An undoubted advantage of a parquet board is its environmental friendliness, beauty, as well as a significant area of ​​the board, which significantly reduces the time spent laying parquet boards and improves the quality of the resulting surface.

This unique material appeared not so long ago, in the forties of the twentieth century. An official patent was notarized in 1941 in Sweden. The technology has only been improved since then, but its operational properties have not become worse at all, rather the opposite.
If earlier, at the end of laying, the floors had to be varnished, today this process takes place according to verified parameters in strict factory conditions.
As a result, the customer receives a fully finished floor covering that requires only laying.

A distinctive feature of the floorboard is its unique structure. Following the proven technology, the three wood layers are glued in relation to each other so that the adjacent fibers are located strictly perpendicular. This intricacy allows the design to withstand deformations caused by the adverse effects of external factors: temperature fluctuations, relative humidity values, etc.

Hard and often valuable wood species, such as oak or ash, used in the manufacture of the top surface layer, give the product increased strength and wear resistance.
Manufacturing technology
Depending on the manufacturing technology, and more precisely on the method of manufacturing the top layer, one, two and three-lane parquet boards are distinguished. The manufacture of the top layer can be performed in several ways.
When one single layer of wood is taken for this, the board is called single-lane, and such a board looks like an array.

If, for the implementation of the top layer, several planks, laid in a certain way, are used, manufacturers call such a board two or three strip.
With this design, the board is decorated with a certain pattern (herringbone, wicker, deck), obtained by laying several wooden planks in a certain order. Some manufacturers using this technology even imitate piece parquet.

To give the floorboard exceptional strength, wear resistance and protect against various mechanical influences, it is covered with several layers of colorless varnish. This procedure gives the product a concise finished look and is the final stage of production.
For the production of natural parquet boards, it is more advisable to choose solid varieties of wood, often of valuable species. Parquet board made of oak, beech, walnut, cherry, ash, birch earned maximum distribution.

Oak is most popular due to its natural qualities: optimal hardness and resistance to moisture fluctuations. Such natural properties of oak ensure the durability of the coating, its reliability and presentable appearance. True, and the price of oak flooring is slightly higher.

Other breeds also find their consumer. The Russian consumer does not stop at the domestic representatives of the flora, so today in the market of finishing materials you can easily buy a parquet board from quite exotic species of trees.
The following “foreigners” won the greatest love in Russia: wenge, merbau, hevea, and kempas.

Parquet board from merbau

The dimensions of the parquet board vary: in length – from 1200 cm to two and a half meters, in the width of 13-20 cm, and the thickness of the parquet board reaches 25 mm. The thickness of the upper layer ranges from half a millimeter to six, but the most effective values ​​are 3 and 4 mm.
Such indicators are most effective for maintaining the appearance of the floor surface and its periodic updating.
Manufacturers and prices
The average price of a parquet board is in the range from a thousand to three thousand Russian rubles per square meter. The most valuable types of wood reach a value of seven to eight thousand, and if you try a little, you can find a parquet board with a top layer of exotic species of wood, the cost of which will be even more because of its rarity.

Not the last place in the formation of prices is occupied by the technology of production of parquet boards, its size and “multi-band”. A single layer of wood in the upper layer will increase the cost of the entire board almost twice as compared with its “multiband” counterparts. 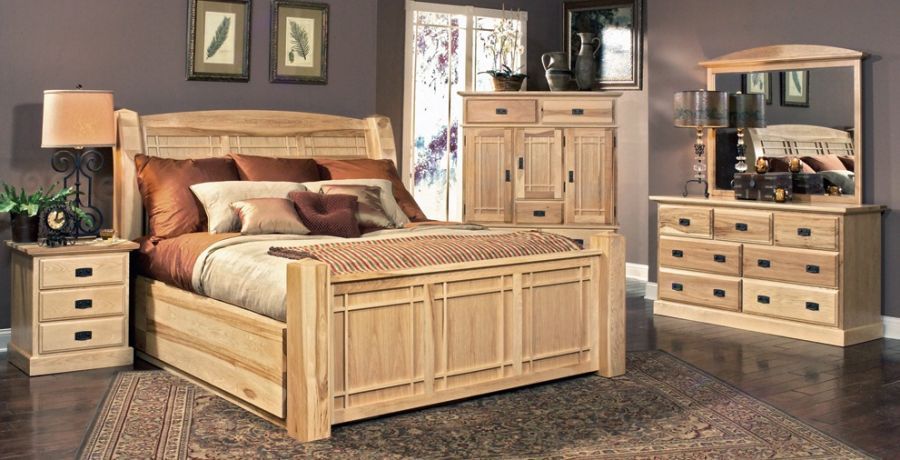 Do it yourself furniture made of wood - is it so difficult?The design of any room involves not only the selection of finishing materials for walls and floors, but also the arrangement of furniture. The latter determines in many ways how…

ABOUT WOODEN BEDSDespite the variety of modern production technologies, for each of us, the strength, environmental friendliness and aesthetics of things that fill our personal space are very important. For these reasons,…