History of furniture.Furniture, as household items for sitting, lying and arranging things, has always accompanied human life. Already during the transition of primitive communities to sedentary tribes tried to equip their homes.…

How to equip a student’s workplace?An effective design decision is the last thing that should worry parents concerned about the problem of creating a children's “work room”. The main criterion for choosing all the details… 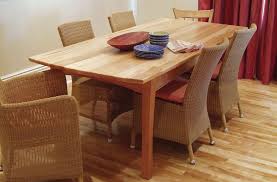 About wooden furniture and its properties.Wood has been the only material for furniture for many centuries. Despite technological progress, people continue to make furniture from natural wood. Moreover, thanks to the centuries-old experience of using… 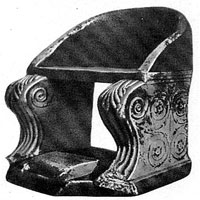 Furniture, as household items for sitting, lying and arranging things, has always accompanied human life. Already during the transition of primitive communities to sedentary tribes tried to equip their homes.
The first place among the materials used for the manufacture of furniture belonged to wood. Because wood is a sufficiently durable material that can be easily processed and finished. Initially, those pieces of material that were closest to the desired shape were selected for furniture.
Time passed, the way of life changed, artistic styles developed, and with it new types and styles of furniture, its new designs were born. National traditions of life and art as a whole significantly influenced the decorative and compositional characteristics of furniture.

2 The oldest surviving furniture samples were found in Egypt in the royal burials of the III century BC. These were chests, thrones, tables, a box. The first stools, beds and chairs in the history of mankind were also found there.
Ancient Egyptian furniture was made mainly of wood with the help of an ax, saw, chisel and other tools. The decoration used delicate embossed inserts (in the form of symbolic images of animals, the solar disk, the pharaoh), gold lining, inlay from ivory, glass, stone. But only Egyptian pharaohs could afford such luxury in decor.
In general, the first furniture created by man was tough and very functional.

The peoples of tropical Africa, America, Oceania already in antiquity were known for low wooden and stone thrones, benches, which are characterized by round, oblong or concave seats, resting on supports in the form of stylized figures of a person or animal.

3And here in the palaces and suburban villas of the nobility in ancient Rome, the furniture was even too luxurious, decorated with carvings and inlays, gilding and colored enamel. In the pursuit of luxury, the Romans used new materials for furniture production – bronze and colored marble, from which benches and tables with mosaic worktops were made. And Roman artisans for their homes created comfortable and inexpensive furniture woven from willow twigs.

The furniture art of medieval Europe developed independently.
In the early Middle Ages, furniture was extremely simple. These were chests, stools (representing the stumps of tree trunks), as well as tables (in the form of boards resting on goats), quite high, which was determined by the habit of sitting on a stool during a meal or writing.
Romanesque furniture was massive and laconic, decorated with carved geometric, floral or ribbon ornaments. During this period, stools on three supports, armchairs with a high back, cabinets, beds, tables with supports began to be used.
4In the Gothic period, lighter and more durable furniture appeared: elongated upwards, with flat-relief or openwork carvings in the form of Gothic architectural motifs (lancet arches), floral and geometric patterns, and figured images. These were chests-lari, chests for storing dishes, cabinets, armchairs, tables, beds with a wooden canopy.

7 Medieval Russian furniture was simple and rational. The furniture was decorated with a variety of colors and lush carvings (floral and geometric motifs). The most common living items were wooden fixed benches and movable benches, which served not only for sitting, but also for sleeping, as well as rectangular tables with 4 supports, stools, chests.

Most Asian nations have a tradition of using carpets, wall niches, and mats instead of furniture in everyday life. However, furnishings similar to European ones are also known.

Much later than a chair, table and bed, a wardrobe was born. It happened in the Middle Ages in the Gothic castles of feudal Europe. The prototype was his chest chest, which tried to reach up from the abundance of stored things and turned into a cupboard, immediately taking one of the main places in the furniture hierarchy. The cabinet began to imitate Gothic castles, decorated with the likeness of turrets, columns and even a wooden sculpture. Very convenient for use for various purposes, the cupboard became the founder of an entire furniture “dynasty”: a cupboard with glass doors later emerged from it, when they learned how to pour glass of a large area, and then a bookcase appeared. With the development of carpentry and human imagination, a hybrid of a table and a wardrobe is created.

Upholstered furniture arose in the castles of European nobility during the period of classicism. In France, a trendsetter in interior decoration, at this time the residences of kings and palaces of the nobility were being built. At first, the furniture intended for the seat was simply fitted with a cloth. Then, when the owners of castles became more and more accustomed to luxury and comfort, and their clothes became lighter, less insulated and layered, it was not very convenient to sit on hard chairs and sofas.