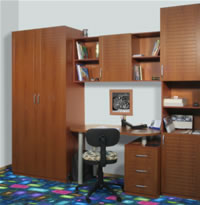 The advantages of solid wood beds, why they are so popularWHAT IS AN ARRAY OF WOOD An array of wood is wood that has undergone special processing, turning into timber and planks. The array is divided into 2 varieties: solid… 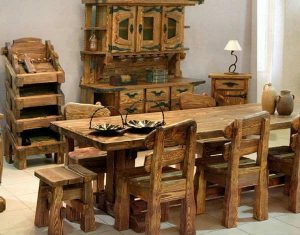 Ordinary table: a rectangular board on four legs from time immemorial served the person.
The simplest were the feasting tables – roughly knocked together boards set up on goats. Both princes and their squads and ordinary people feasted at such tables. I must say that in our time for large village weddings, which are celebrated in the courtyard in the summer and early autumn, they make the same banquet tables.

2 In miniatures of the Old Russian annals, Nestor, the chronicler, is depicted at the table for “knee writing.” These desks were not high, and their upper board was at the level of the writing knee. In addition, they were equipped with music stands. The parchment on which they wrote lay on its knees, and on the table itself there was everything necessary: ​​inkwells, feathers, rulers, knives for cutting sheets and sharpening feathers.
Then tables appeared that looked like a chest: with low legs, with a lifting tabletop, under which there were many compartments and small drawers.

The ancient Greeks rounded a corner at the table and set it on curved legs. So it turned out to be a round table.

Man has changed, and the things surrounding him have become more diverse. In the era of classicism, furniture makers produced about 20 types of tables. In addition to ordinary dining rooms, craftsmen made serving tables with trays mounted on them. Guests could take this or that dish for themselves. This serving table is called the “dumb head waiter.”

3 Gambling tables for games appeared: in checkers – rectangular, with a checkerboard; for a card game – triangular or pentagonal depending on the number of partners. For needlework made tables, “bobiki”, which were called so because they had the shape of a bean. And for the bedrooms, furniture makers came up with elegant dressing tables in the shape of hearts.

The material for the tables was not only wood (although it, of course, remained the main one), but also marble, bronze, jasper, mother of pearl.

The most common in all ages was a rectangular table. But modern research has shown that the usual table shape is not at all ideal, especially for work in an office, library, office. Sitting at a table wide, for example, 75 centimeters, a person uses 68% of its surface.

Designers have proposed a new version of stationery tables in broken shapes. At such a table in a broken shape. At such a table, all the papers and books are always at hand, rationally almost the entire area of ​​the table is used. Different parts of the table can be connected as convenient for working at the moment.

Many things in our technical, cosmic, atomic age are changing beyond recognition, and some disappear as unnecessary, becoming a museum rarity. And the table, as it was, remains a thing of prime necessity, and moreover, it remains our friend.

Table – the head of the interior, proven historically
Talking about chairs and getting around the table is impossible. It has long been considered the most significant element of the situation. Its inventors were residents of Ancient Egypt, who are credited with the creation of two types of tables: a dining table and a desktop. The desktop was mobile – it easily folded and moved from place to place. A small wooden table for eating had a round countertop, which was located on a rounded massive leg (prototype gefidona). Later, a table model appeared with a rectangular tabletop, supported by three legs.
The Greeks own the invention of high stand tables on three legs, which served to place vessels with drinks. Meals were held at squat tables, which at the end of the meal were taken out of the room. For the manufacture of tables, the Greeks used marble, bronze and wood.
In the Middle Ages, models of wooden tables came into use. Roughly crafted massive tables were a mockery of sophisticated antique silhouettes.
The Renaissance has become a new reference point in the history of the ancient table – they acquired the lost grace. They were again decorated with carvings, inlays, and the forms of the countertop varied (from the traditional circle to the oval). Interest in desktops has revived (initially it was the desks that they worked at while standing, but gradually they were replaced by more convenient models, the activities of which were carried out while sitting).
In the eighteenth century, elegant dressing tables and serving tables, which are necessary in the process so important for maintaining etiquette, came to the furniture scene – table setting. Around the same time in the salons, dressing rooms came in fashion – elegant little tables with a round tabletop on which flowers were placed. 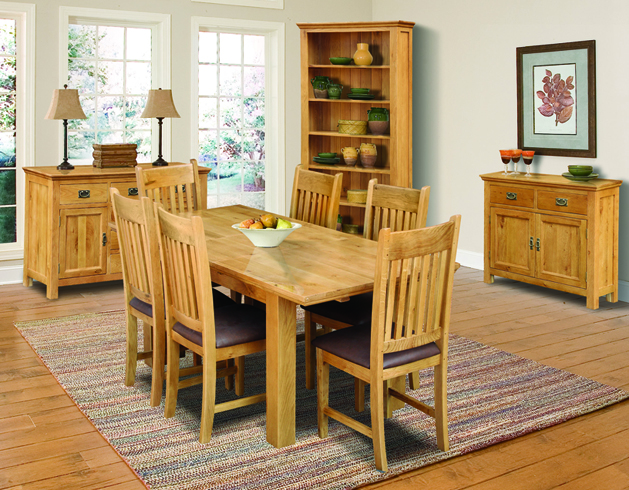 Modern furniture for the studentThe production of educational furniture is a knowledge-based and high-tech process, accessible only to a specialized enterprise, and not to any furniture factory, and even less a small workshop. Reliability,…